Posted by imoviezone in Film Reviews on November 29, 2013

The Wicker Man; not the Nicolas Cage comedy, but rather the original 1973 classic that probably has the most famous ending in horror movie history, has been restored and will soon receive a cinema and blu-ray release.

Anyone who doesn’t know, the film follows Sargeant Howie (Edward Woodward) who travels to a remote Scottish island to investigate the disappearance of a young girl. When the islanders are less than forthcoming about the missing girl, Howie discovers that the disappearance might be linked with the island’s failing crops and they are going to use her as a sacrifice to the Pagan gods of fatality. Co-starring Britt Ekland and Christopher Lee as Lord Summerisle, The Wicker Man is a frantic clash between one man’s Christian beliefs and an Island full of Pagan worshipers.

To celebrate the film’s 40th anniversary, this restored version has been labeled as ‘The Final Cut’ by director Robin Hardy and crucially establishes that the events take place over a 72 hours and an earlier appearance by Lord Summerisle. Compared to the version you might be used to, ‘The final Cut’ is a far more intense experience.

While the clarification in the final cut, that the events on the Scottish island take place over 72 hours, is a subtle but effective change, it’s the earlier introduction of Lord Summerisle that will be a highlight of this version. It makes much more sense that we get a teaser of Lord Summerisle earlier in the film, especially as he a pivotal character that instigates the downfall of Howie. The only problem with the scene is the drop in print quality from the rest of the film. But that is only a small niggle and doesn’t remove you from the drama unfolding in the scene.

The west has mostly moved on from the strict religious confinements that would have been so important to people’s lives in 1973, therefore the religion theme that is central n the film, might not have the impact it would have had on audiences when they first saw the film. But looking at the mess religion has made of the Middle East, the clash between Christianity and Paganism in The Wicker Man can easily be related to that modern day conflict. However, that still doesn’t change the fact that Howie is a man with strong Christian beliefs that make him a character from a different time.

The folk music and musical numbers might seem odd to people who are used to screams and clich horror orchestrals to set the tone, but even now there is no better way to highlight the creepiness of the island. The famous sexy naked, song and dance number by Britt Ekland is still bizarre and fitting as it has always been.

Folk music, nudity, sex and religious sacrifice, Empire magazine labeled The Wicker man as the best British horror movie ever made, and it is.

The blu-ray comes out in October and is full of features that should please any Wicker Man enthusiast (look out for our review and interview with Robin Hardy) but until then. you owe it to yourself to experience it on the cinema screen.

The Wicker Man is released in cinemas on the 27th September. The blu-ray is out 14th October.

The post The Wicker Man: The Final Cut Review appeared first on WhatCulture!.

Hitchcock Review: A Flaccid Biopic That’s Disappointing In Every Way

Posted by imoviezone in Film Reviews on February 26, 2013 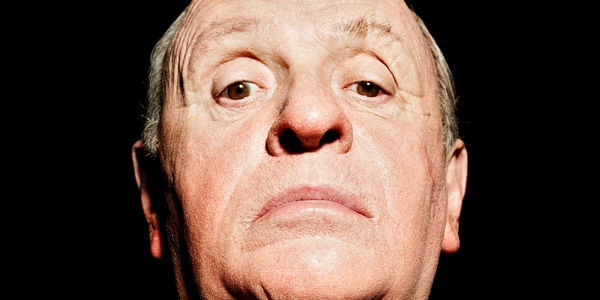 How much should likeness play into a performance? This is a question I found myself wrestling with when watching Sacha Gervasi’s (Anvil! The Story of Anvil) biopic of arguably the greatest filmmaker who has ever lived, The Master of Suspense himself, Alfred Hitchcock.

Even if the script were in place – which it isn’t – there’s a troubling extravagance in the peculiarly Oscar-nominated make-up job Anthony Hopkins is subjected to, which renders him virtually unrecognisable, but also stifles his performance and prevents it from amounting to anything more than Anthony Hopkins playing himself while trying to play Alfred Hitchcock.

Though the film centers around the relationship between Hitch and his wife, Alma Reville (Helen Mirren), as they begin production on the director’s most famous film, Psycho, Gervasi eschews an intimate examination of the director’s methods and personality in favour of documenting the childish spats he and his Reville have on a regular basis.

Padding things out are some sterile 4th wall-breaking sequences in which Hitchcock conducts pieces to camera, and surreal asides in which he talks to an imaginary Ed Gein (Michael Wincott), the real-life killer who served as the inspiration for the original Psycho novel. 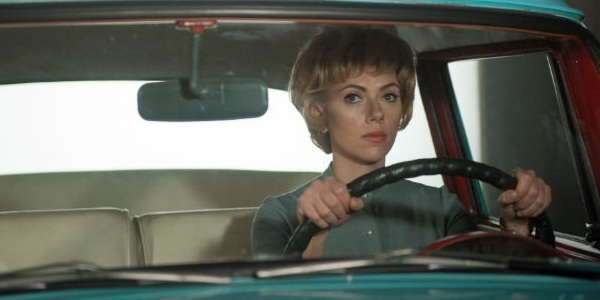 Fighting against both the cumbersome make-up and his own distinctive vocal register, Hopkins does manage to grasp at some of the wit and larger-than-life charm that helps keep the director an intriguing figure even outside of his life’s work.

Along the way, he also channels a few insights into production of Psycho, relating to the magic of editing, and arguably the most memorable revelation that it was apparently Alma who suggested Janet Leigh be killed off at the end of the film’s first act. Indeed, the star of the show is without question Mirren, who clearly relishes playing the spunky woman behind the Master, and consistently surprises as the unexpected source of inspiration in Hitch’s creative process.

There’s no denying, though, that both performers are undermined at almost every turn by John J. McLaughlin’s script, which is based on Stephen Rebello’s book about Psycho’s production, yet doesn’t manage to transform it into something that is particularly cinematic or appealing overall.

More impressive than anything is the period detail, the red carpet premiere of North by Northwest, the Paramount studio lot, the cars and the film sets that all look impeccably of the period. The film’s strongest scenes are surely those rooted in the production of Psycho, namely some tongue-in-cheek gags regarding the source material, and the various administrative issues Hitchcock was saddled with pertaining to the Hollywood Production Code and the film’s sexual and violent content.

To speak of sex in Psycho is, of course, to speak of Janet Leigh, the film’s lead starlet, who is played here by Scarlett Johansson. One can’t help but feel that Johansson’s casting is something of a stunt, albeit one that mostly works, while Jessica Biel being saddled with the role of Vera Miles, however, is wholly less convincing, if only a small part of a film which makes pains to concede Hitchcock’s possessiveness of his actresses – especially those he wants to sleep with. 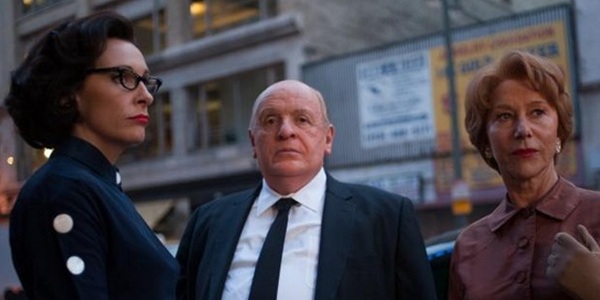 One scene in which Hitchcock gets exasperated with shooting the famous shower scene and decides to performing the stabbing motion himself is simply too surreal to be believed, and the film slowly tips itself onto the wrong side of weird the further it progresses.

We see Ed Gein sleeping next to his dead mother, and Gein then serving as a therapist to Hitch; though these sequences aim to create a sinister tone reflecting the director’s classic film, all they do is make us wish we were watching more of its production, if not the film itself. Some of the kookiness works – such as some fun shadow play and a shot of Hitch snipping some garden shears – but on the whole it just slows the film down.

Simply, there’s just too much filler, most notably as Alma attempts to stay sexy and appealing to Hitch in the face of Janet Leigh. Their passive aggressive snipes at one another – and Alma’s subsequent excursions with loved-up screenwriter Whitfield Cook (Danny Huston) – create plenty of boring “tension” in the relationship, which only really works when it formulates into the film they’re making, when we see Hitch and Alma as a filmmaking team. To see all that work pay-off at the premiere of Psycho – complete with terrified reactions from the moviegoers – is a brief moment of gleeful delight.

Without question a wasted opportunity, Hitchcock squanders everything from the promise of seeing what makes the famed director tick to its stellar supporting line-up (also including Toni Collette, James D’arcy and Michael Stuhlbarg).

Like the recent Margaret Thatcher biopic The Iron Lady, Gervasi’s film glosses over the more fascinating aspects of the subject’s personality, and is simply more interested in imaginary conversations. At 98 minutes in length, at least it won’t leave you stewing in your own dismay for too long.

This sentimental, lightweight biopic is more concerned with the childish passive-aggressiveness of Hitchcock’s marriage than the inner-workings of his artistic mind. 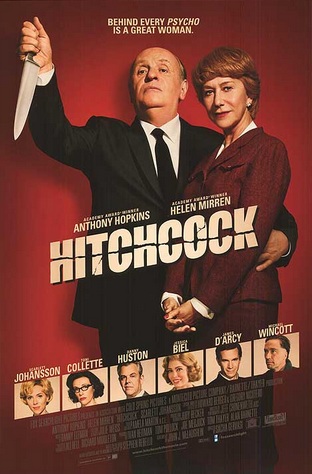 Hitchcock is out in the US now and in UK cinemas tomorrow.

The post Hitchcock Review: A Flaccid Biopic That’s Disappointing In Every Way appeared first on WhatCulture!.

Posted by imoviezone in Film Reviews on October 30, 2012 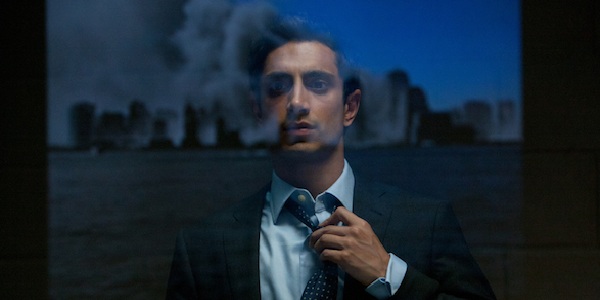 Islamic disarray in the Western world will be a ripe theme in fiction for decades to come in light of 9/11, yet Mira Nair’s bloated, meandering take on Mohsin Hamid’s 2007 novel of the same name can’t seem to tease viewer engagement out of what is without question a worthy and timely story.

Now a militant Muslim lecturer back in Lahore, Changez (Riz Ahmed) recounts his story so far to a sceptical American journalist (Liev Schreiber), detailing his promising career as a young Wall Street up-start, during which he falls for a free-spirited artist (Kate Hudson), before the post-9/11 spectre ruins the party, and he leaves for Pakistan amid a miasmal fog of American xenophobia.

It isn’t long into The Reluctant Fundamentalist that Nair drops the ball, her heavy-handed direction – admittedly working from a problematic script – preventing the film from functioning as a neatly subdued tale of a man’s dilemma over which obligations are going to define his life. Nair sledgehammers home this narrative crux with aggressive – but not passionate – enthusiasm, as though we wouldn’t quite “get” it otherwise.

Riz Ahmed, however, is a star in the making, and somewhat rises above the murky material, with his persuasive screen presence, playing someone who will no doubt remind many of his similarly conflicted character in Chris Morris’ satire Four Lions. However, Changez feels less like a well-wrought character in his own right, and more a mouthpiece to spark audience debate.

Similarly, supporting players do their best to compensate for the narrative misgivings; Schreiber is as reliable as ever, and playing financier Jim Cross, Kiefer Sutherland gets to stretch himself a bit. Kate Hudson on the other hand feels miscast as the love interest, blandly forgettable in a way that only makes the slack drama decay even faster in our minds.

Mira Nair again reminds us of her frustrating inconsistency as a filmmaker, enlisting a fine cast and strong technicals – Declan Quinn’s sumptuous cinematography is particularly enchanting – but failing to cover the, ahem, fundamentals first.