We’ve seen so many whites in the weeks after Labor Day that we’re pretty sure no one even supports that rule anymore!

Zooey Deschanel was one of many stars to break the outdated fashion mantra on Monday at the Fox Fall Eco-Casino Party in Santa Monica.

The New Girl posed on the blue carpet in an all-white Oscar de la Renta dress, and while we’re not super sold on the black, bow-accented belt or pink suede Oroton heels, we like the wide lace trim!

We’re also grateful there were no tights involved in this ensem.

Posted by imoviezone in Harry Connick Jr. on January 4, 2014

In news that could either be really good or bad for Harry Connick Jr., The Hollywood Reporter is reporting that the crooner will join the judges table for the 13th season of American Idol.

Up until last week, reports had pegged mega-producer Dr. Luke for the position next to Jennifer Lopez and Keith Urban. That deal was impossible to lock down though, because Luke has an exclusive deal with Sony Music and A.I. deals exclusively with Sony’s rival, Universal Music Group.

Connick Jr. seems to be a natural fit for the floundering reality competition, as he’s appeared as a mentor several times already. Whether or not that translates into being a good judge and higher ratings, that remains to be seen.

And although Fox has yet to make the announcement official, host Ryan Seacrest seems ready to announce something.

Got some @AmericanIdol news for you coming very soon…

Posted by imoviezone in Darren Criss on December 14, 2013

Klaine is (seemingly) on, folks!

Darren Criss and Chris Colfer were spotted in a deep lip lock this week while filming scenes for the upcoming fifth season of Glee. The two actors reportedly shot a musical number for The Beatles’ “Got To Get You Into My Life” before capping it off with a smooch.

If one remembers, Season 4 ended with Blaine (Criss) greeting Kurt (Colfer) with a jewelry box hidden behind his back. Well, it certainly looks like the former did in fact propose to the latter from these on-set photos. (But then again, one will never be sure because those Glee writers are super sneaky.)

This episode will air on FOX on September 26 as the first installment of a two-parter Beatles tribute. As Celebuzz previously reported, former Disney star Demi Lovato will be making her big debut in the following episode.

‘Bones’ Star Emily Deschanel Previews ‘The Shot in the Dark’

Posted by imoviezone in Starpulse Exclusives on April 1, 2013 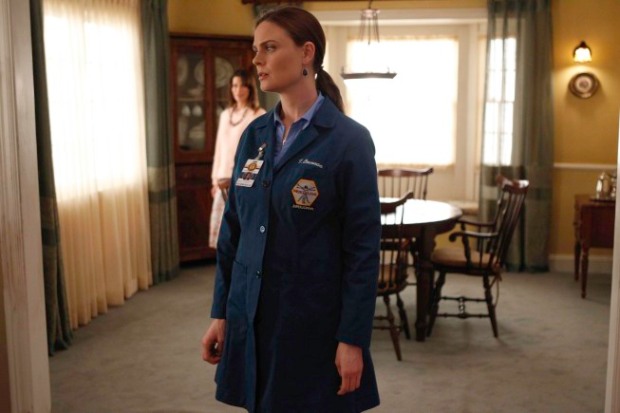 Tonight’s episode of Bones, “The Shot in the Dark,” is a major one for the long-running FOX series. After an incident in the Jeffersonian lab, Dr. Temperance Brennan gets a chance to come face-to-face with her past, quite literally. BFTV recently spoke with Brennan herself, star Emily Deschanel, about what happens in “The Shot in the Dark” and what it means for Brennan, Booth and audiences.

“After watching the episode, I think that viewers will have a better idea of why Brennan behaves in the way that she does, is kind of hyper-rational and has cut off her emotions in many ways, even though she’s over the last few years opened up after knowing Booth,” explained the actress. “It shines a light on her behavior and maybe encourages her to change a bit.”

The episode sees Brennan hospitalized – and while she’s fighting to recover, the anthropologist has a long overdue conversation with her late mother (guest star Brooke Langton). “She’s transported to her childhood home, and she sees her mother,” said Deschanel. “Her interactions with her mother reveal things from her past, and also it affects Brennan now, encourages her to have a different perspective on her behavior.”

“It’s an interesting thing to do a series for this long and to play a character that things are revealed at eight years in,” she continued. “I felt like it was in line with things that I had in mind, and it didn’t contradict anything that I had kind of imagined for her past, but it’s certainly new information to me, and I really enjoyed doing the episode because it shed light on Brennan and her past.

“I also really enjoyed having the interaction with her mother. That’s always been kind of a huge missing piece for Brennan, her mother being gone and being able to talk to her mother about how she disappeared before she died and all of that.

Like her character, Deschanel is herself a mother, and shared her insight on what Brennan is going through as a new parent without her own mom in the picture. “The minute you become a parent, I think that you’re always going to wonder if you’re doing something wrong, and I certainly experience that on a daily basis,” she said. “You have to trust your instincts and do what feels right for you.”

“Brennan is going through that in the beginning of this episode,” she continued. “Booth and Brennan have a fight. Brennan believes that Booth is criticizing her parenting style, and runs out and ends up in the lab again at night to go finish working on this case. It’s quite fitting that Brennan is dealing with her own issue of being a mother herself and, at the core of that, is missing her own mother.”

1 of 2Next pagePhoto Credits: FOX