Posted by imoviezone in Justin Timberlake on February 27, 2014

Strap yourselves in, because it’s going to be a long ride. Justin Timberlake released “TKO” this morning. It clocks in at an impressive seven minutes.

The song sounds like FutureSex/LoveSounds-era Timberlake – is that Timbaland I hear in there?

Posted by imoviezone in Justin Timberlake on February 10, 2014

We were really hoping for a Britney and Justin reunion tonight!

They could’ve at least said hi to each other!

Unfortunately, that didn’t happen, and Justin Timberlake picked up his awards at the People’s Choice Awards long before Brit-Brit showed up to get hers.

There was clearly some clever coordinating by the show producers! Ha!

But JT sure did look fly in his all-black Tom Ford suit on the red carpet while showing off his crystal Waterford handmade trophies.

Handsome as ever! Sigh.

Posted by imoviezone in Jimmy Fallon on January 30, 2014

Just in time for the start of the 2013 NFL season, Jimmy Fallon and Justin Timberlake have a little football lesson for you.

The fellas teamed up on last night’s Late Night with Jimmy Fallon to break down the evolution of end-zone dancing – you know, the craze where players celebrate a touchdown.

They start with classics like the “Ickey Shuffle,” “Tebowing” and the “Dirty Bird,” before getting creative with some made-up moves, like the “Manti Te’o on a Date,” the “Taking A Selfie,” and the “Old-Timey Railraod Car.”

Watch Fallon – who has also taught America about dad dancing and mom dancing – and Timberlake bust a move, above and don’t forget to subscribe to our YouTube channel.

Justin Timberlake Suits Up For London Fashion Week — And Brings Jessica Too!

What a good looking couple!

Mr. and Mrs. Timberlake brought it on down to Tom Ford-ville for the designer’s A/W 2013 show in London on Monday night.

As per usual, Justin looked dapper his Suit & Tie that really brought out his baby blues while wifey Jessica partially suited up in a jacket and sequin skirt.

JT also put a considerable amount of time into their respective ‘dos, which only added to the elegance of their looks.

As for the show, Justin was definitely a fan, tweeting out:

Guess this means we’ll be seeing Justin AND Jessica wearing a lot more Tom Ford in the future!

Watch: This Is Why JT Is Returning To ‘SNL’

Posted by imoviezone in Justin Timberlake on June 11, 2013

Just 10 days before dropping his much-anticipated comeback album, The 20/20 Experience, Justin Timberlake will return to Saturday Night Live for a fifth time, serving as both host and musical guest on March 9, according to an announcement on his official website.

Then, Timberlake will take over Late Night With Jimmy Fallon, serving as the first-ever weeklong featured guest during the week of March 11-15. While chats with the comedic host are set for the Monday and Friday episodes, performances are scheduled for all five nights.

The appearances will top off Timberlake’s perfectly-planned publicity push ahead of his third studio release.

Ever since commencing his musical comeback with “Suit & Tie” featuring Jay-Z, Timberlake has stayed in the spotlight: From performing during a pre-Super Bowl party, going old-school on the Grammy stage, wowing a packed-house at Hollywood Palladium, and turning up London at the BRIT Awards, to amassing a following on his new Instagram account, unveiling the album’s artwork and track list, dropping a track penned for his newlywed wife Jessica Biel, “Mirrors”, and debuting his David Fincher-directed “Suit & Tie” music video.

Now as fans keep fingers crossed for a “History of Rap” part four on Fallon next month, it remains to be seen if Timberlake can outdo his raved-about past performances on SNL. But until then, Celebuzz is looking back at JT’s most side-splitting skits from the late-night sketch show.

1. “Dick In A Box”
Easily his most memorable skit of all-time, Timberlake teamed up with Andy Samburg for this parody of an early-’90s R&B ballad – and the skit quickly skyrocketed to a cultural phenomenon.

2. Motherlover
For this Mother’s Day-themed Digital Short, Timberlake and Samburg reprised their R&B-crooner roles for a slow jam about sleeping with each other’s moms.

3. “Single Ladies”
Slipping into tights, heels and a leotard, Timberlake swerves his hips – and backs up his booty – to the beats of Beyonc .

4. “Immigrant Tale”
Playing a older-generation Timberlake first arriving on America’s shores, he fantasizes about the starry future of JT. Best line comes when he reveals his bedded Britney Spears: “I’d like to think that…he’ll date a popular female singer. Publicly, they’ll claim to be virgins, but privately, he hit it.”

5.”Omeletteville”
Kicking off his string of “Bring it on down to…” sketches, Timberlake shows another dude the right way to shill the streets – with better costumes, smoother moves and the always alluring signature JT swag.

Now tell us: What do you think is Justin Timberlake’s most memorable SNL skit? State your case in the comments.

Posted by imoviezone in Justin Timberlake on May 7, 2013

After disappointing teasing us with a lyric video of his first single titled “Suit & Tie” from his new “The 20/20 Experience” album (his first in years), Justin Timberlake finally dropped the music video for the song on his website on Valentine’s Day.

In the swing era-inspired black-and-white video, which was directed by his “The Social Network” director David Fincher, both Justin and featured artist Jay-Z are seen recording in the studio and performing on stage with different sets of dancers.

It was a music video obviously made for the timeless JT.

Watch it for yourself: 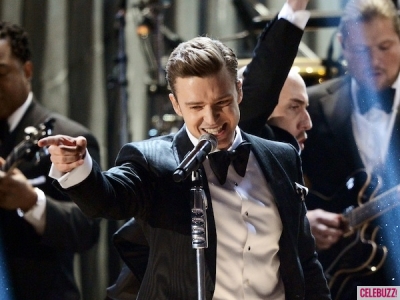 The whole music universe descended on Los Angeles Sunday evening to celebrate what the Grammy Awards continuously called itself after every commercial break: The biggest night in music.

Over the evening, the producers put together all the natural elements we expect from the Grammys: cross-generational duets, a few nods to the industry’s icons – both living and dead, and several big performances.

And, of course, Celebuzz was watching for all the big moments – good and bad.

What got our attention? Well, there were some that had us cheering (Kelly Clarkson, Justin Timberlake), others had us rolling our eyes (sorry, Taylor Swift), while a few moments had us scratching our heads in confusion (Frank Ocean, we’re looking at you).

From Timberlake’s triumphant return to Justin Bieber’s many attempts to steer the attention away from the show that snubbed him and the other antics that caught our attention, Celebuzz is pointing out the best and worst of Sunday’s awards ceremony.

Do you agree or disagree with our choices? What were your best and worst moments from the show?

Posted by imoviezone in Justin Timberlake on February 25, 2013

JUSTIN TIMBERLAKE gets his eyes checked in the just released cover for his upcoming album, “The 20/20 Experience.”

Probably to distract us from the fact that he publicly called his ex-girlfriend Britney Spears a “b*tch” this past weekend, Justin Timberlake released another teaser for his upcoming album, which we now know is titled “The 20/20 Experience” based on the cover art that the pop star revealed last night.

In the cover, JT is dressed in a suit and tie-yes, same as the title of his latest single-while looking through a large eye machine. Get the album title now?

He also released the album’s track list. Check it out:

The album is scheduled for release on March 19.

What do you think of the cover?